(If you haven’t seen it already, you can find my Read-eh-thon TBR post here)

Hello!
It’s the end of Read-eh-thon! Thought I’d just update you on how it went… 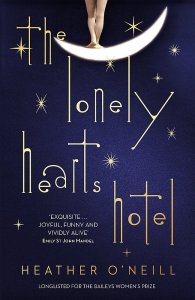 So I started off with The Lonely Hearts Hotel by Heather O’Neill and absolutely loved it! 100% of my favourite books I’ve read this year.

I enjoyed the format where every other chapter was about Pierrot or Rose (the two main characters) – their lives running parallel to each other. Without giving too much of the story away, it’s so satisfying when you can piece together clues in each other’s story about where the other person is and what they’re doing, but they have no idea. Don’t you think?

I found the ending really well done and I didn’t expect it, and I would highly recommend this one.

I also had a look on Goodreads afterwards to see what other people thought and soooo many people thought it was an awful, crass story but I think it’s just reminiscent of the era it’s set in. I loved it, did I say that already? 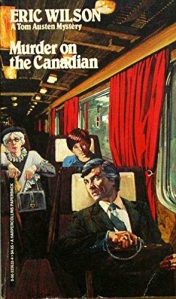 Next up was Murder on the Canadian by Eric Wilson. Now I’m well into my cosy crime and thought this was a really great short story – I know it’s meant for children but I think it’s definitely worth a read if you can squeeze a 94 page book into your TBR.

I’ll definitely be keeping an eye out for more in this series because it was well-written, the ending was somewhat unexpected and I read it in one sitting. Always a plus.

Then I realised I needed to read a library book that was due back on the 6th and I couldn’t renew it because someone else decided they wanted to read it too! How dare they. It was The Eight Mountains by Paolo Cognetti if anyone is interested – which I found readable enough, it just lacked a bit of spark to me, there was not enough of a story and maybe a bit too much talking about mountains? I don’t know, I still thought it worthy of 4 stars.

Back to my Read-eh-thon TBR, I read Station Eleven by Emily St John Mandel which I didn’t realise was post-apocolyptic/speculative fiction. Because I hadn’t read the blurb. Now, speculative fiction normally isn’t my jam, whatsoever, however I found Station Eleven so readable and interesting that I must have read it just over 24 hours – when I had been at work for 8.5 hours, and slept for about 8.5 hours of that. Basically, it’s good! Even if you don’t think its your cup of tea, you should definitely give it a go! 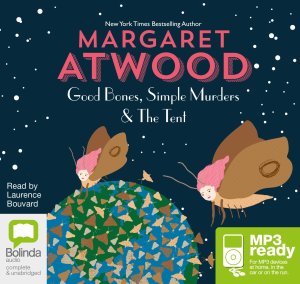 By this point (Saturday evening), I had of course realised I probably wasn’t going to get to Life of Pi and decided to try and find an audiobook on BorrowBox instead, that was written by a Canadian author etc. and I found Margaret Atwood’s Good Bones, Simple Murders and the Tent, which is a collection of teeny short stories. I will admit, it’s Monday now, the readathon finished last night and I haven’t quite finished this one but I am enjoying it! I love me some tales about misunderstood fictional people telling their stories.

I also managed to get to Girlfriend in a Coma by Douglas Coupland, which was fine, but certainly didn’t live up to the hype. I also went into this one not realising it was a bit post-apocalyptic, but just felt that Station Eleven was far more interesting? I don’t know, maybe its just because I read that one first.

Girlfriend in a coma was fine, and you should give it a go if speculative fiction is your jam but this one just wasn’t for me. I think it was written in a bit too much of a teenage voice for me? However the character development was good and the girl-being-in-a-coma-for-17-years was somewhat interesting as a plot device.

So all in all, I managed to read 5 and a half books in eight days, bringing my 2018 total to 63 so far! And I enjoyed nearly all of them – yay! Considering early last year I didn’t read anything besides non-fiction for my dissertation I am very proud of myself.

What did you read for the Read-eh-thon if you took part? Also, have you read any of these books & what did you think of them? I definitely want to read more Heather O’Neill and Emily St John Mandel after this week.

Let me know your thoughts!

Hello! My name is Amy, I'm a vegan illustrator & bookseller who collects pins & patches and now I blog about it all! View all posts by peonydenim

One thought on “Read-eh-thon Wrap Up”

Hello! I’m Amy and I’m a vegan illustrator and collector of stuff. Welcome to my slice of the internet cake.